Among the many and varied duties of a bishop, the care and love for priests ranks first. When I die and my name has been dropped from the Eucharistic prayer, the only legacy I wish to leave behind is that I loved all priests. Father Emmanuel del Rosario was one of the first ten priests I ordained on September 29, 2001 less than a month after my ordination as bishop.

I love Father Pong and I can say with gratitude and pride that he loved me too. He was at ease and relaxed to live with me whenever he needed time to ponder and pray. He lived with me in the bishop’s house in Balanga for many months as he discerned the will of the Lord for him as a priest of the new Diocese of Novaliches. He lived with me on many occasions in Dagupan to rest and sleep, to pray and chat, to eat and share stories, to get well from the mysterious weight loss years back. I say live; not visit. He came as a brother who happened to live far away, not as a guest. We loved each other. Life is too short. We must show love before it is too late. It is tragic to say at the end of our lives “I love you; my fault is I did not show it all the while.”

Father Pong and I shared dreams. We shared our struggles and loneliness. We shared our excitements and our boredoms. We shared from the depths of our souls as well as from the triviality of fun and leisure. I encouraged him in his passion for icon writing even if I never got a chance to attend any of the icon workshops. He knew that his dream was mine too. He knew how much I treasured his icon gifts to me. I have no regrets. Father Pong knew and felt we were brothers in dreams and visions, in struggles and confusions, in humorous wit and teary eyed ponderings from the soul. Mag kuyang mababaw pero malalim din.

Pong the priest is dead. His lifeless body in the midst of us is a stark reminder that one day too, a funeral Mass will be offered to implore God’s mercy for our souls. He was in the words of the Apostle Paul weak among the weak, to win over the weak. He has become all things to all, to save at least some. He was a finely vested priest at the altar and a pastor in the slums who smelled like the sheep. He was chaplain of many religious sisters and confessor of the dying and destitute. He was a student in the Prosopon School and a mentor for neophyte icon writers. He was a son of Inang Lupe and a devout disciple of the Nazareno. He was a brother and son, friend and co-pilgrim, wounded healer sent to bear witness to God’s mercy.

Pong God’s priest is dead and we struggle to answer the question Lord bakit kayo ganyan? Why does God allow death to take away from us a forty seven year old priest with many more dreams to fulfill? I am wrestling with God, seeking to find an answer. I cannot hear any answer and God is quiet as quiet when Father Pong writes his icons. Perhaps we will never be able to answer. The only word I can hear is I am here, I am with you always.
Father Pong is dead. Since that fateful morning of September 2001, he has been dying with the Lord every day at Mass whispering the words “This is my Body…this is my Blood”. The priest must die and rise with the Lord at every Mass he offers. One day that a priest does not die is a day wasted and squandered. Father Pong has made friends with Sister Death every day such that when death visited him last September 17th, Father Pong saw death as a sister calling to bring him to life. Father Pong is dead for us. Father Pong has been embraced by eternity.
For all that Father Pong has been for all of us, we say Salamat po Lord Jesus. We must always remember Father Pong was not himself. We cannot remember Father Pong separate from God. Father Pong was Father Pong through God, with God and in God. He was only a gift from the Lord, a mirror of God’s mercy, hand of His compassion and tongue of His good news. Wala ng buntong hininga. Wala ng himutok at pangamba. Buti ka pa Pong!

In our last photo taken last August 15, we were seen embracing each other at the sacristy of San Beda, his head resting on my left chest as if trying to feel the beating of my heart. His arms were all around my chest too. It seemed like as he wanted to feel the fire of my soul he also wanted me to feel secure in the wrapped arms of his embrace. Although his lifeless body cannot give me his assuring embrace anymore, I know that as God embraces Father Pong, he will still have a space to squeeze me within that heavenly embrace.

Father Pong, listen now to the beating no longer of my heart but the heart of the Lord. Rest in the heart of God! Thank you Pong! I love you and thank you for loving us. Salamat Pong. 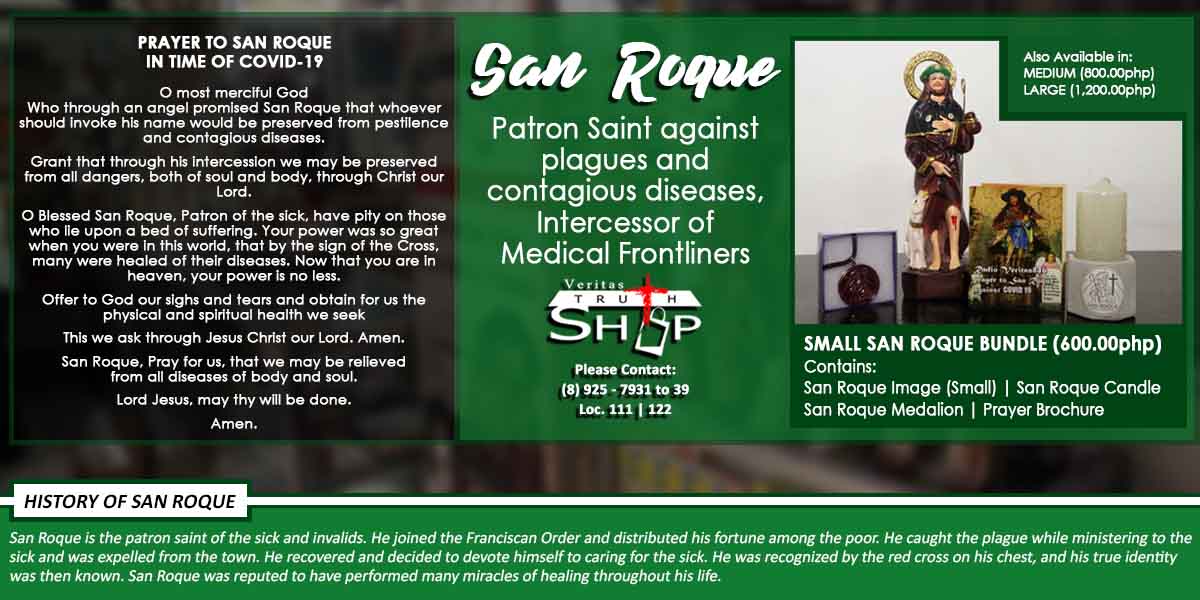 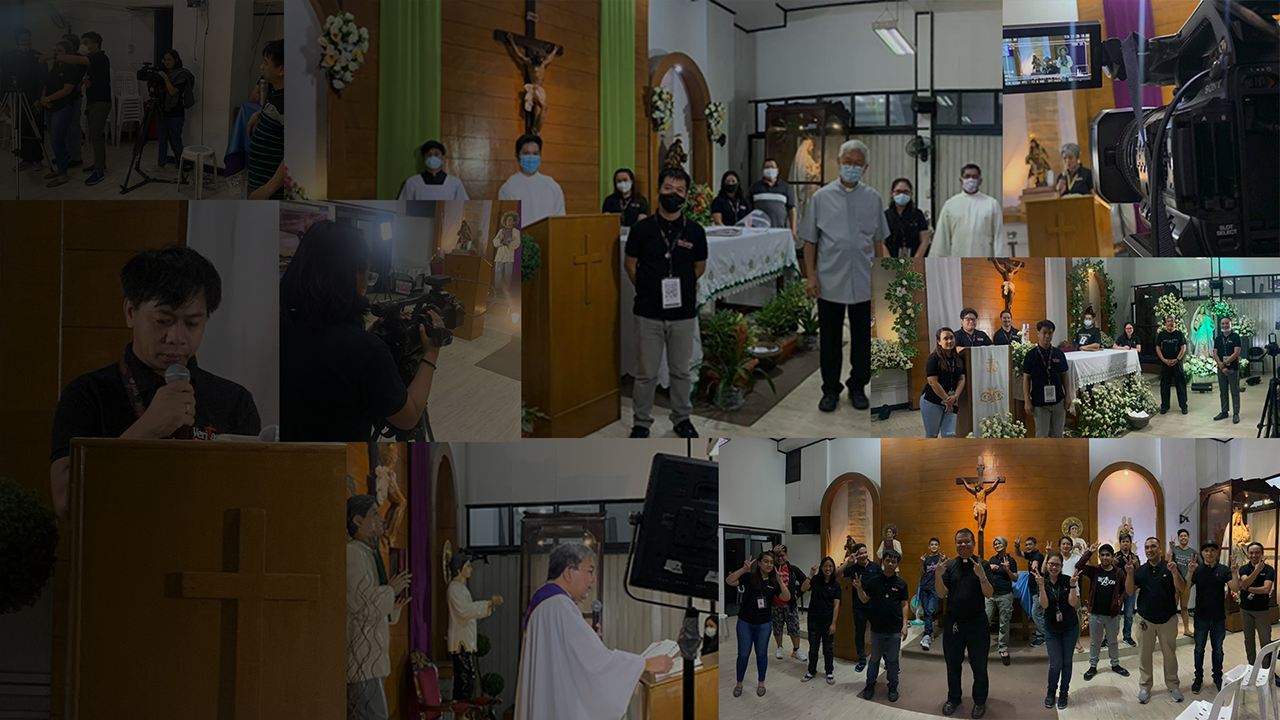 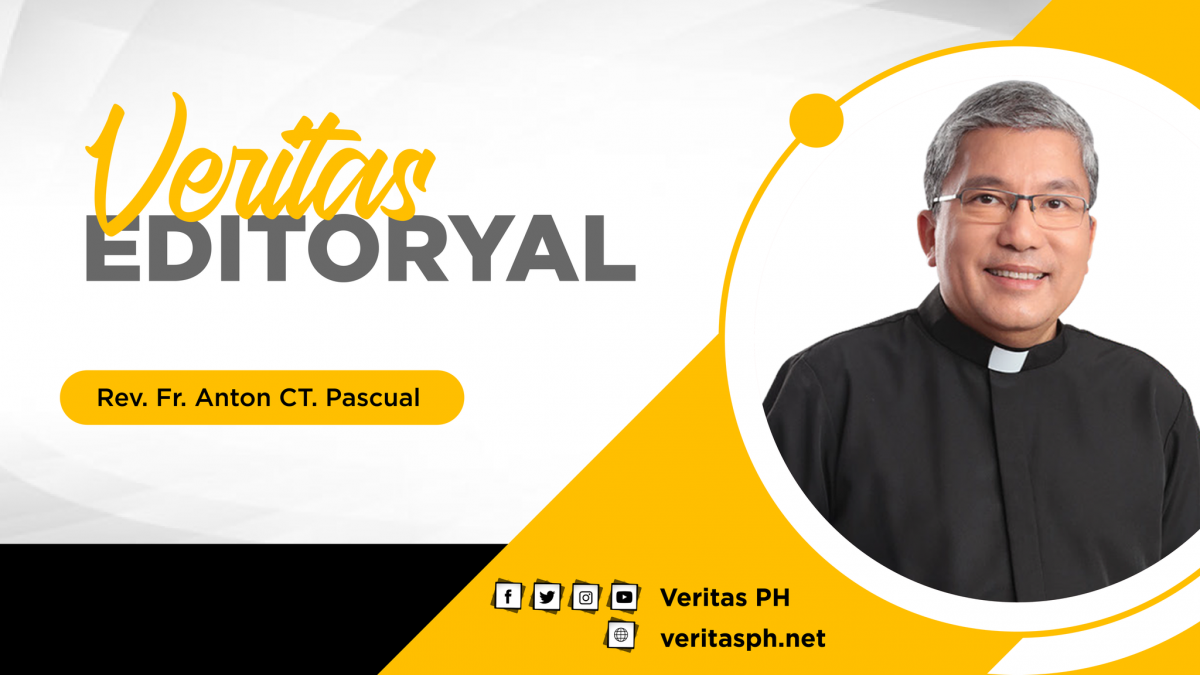